Elizabethan Era urban living was much different then urban living today. The streets were dirty, rowdy, and generally a nuisance to use. The people were ill-mannered and irritating. They were also uneducated and smelly. The city of London attracted the best and the worst in people, finding thieves in one district and the rich in another. All in all, urban living was just a jumble of a city. 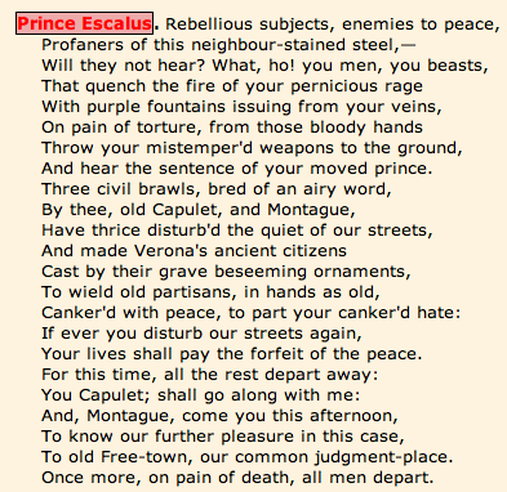 This quote from William Shakespeare's Romeo and Juliet: Act 1 Scene 1. Prince Escalus perfectly depicts how rowdy the people were. He says "Have thrice disturb'd the quiet of our streets,". Escalus then proceeds to tell the leaders of the feuding families that the penalty will be death if there is any more problems. Until death was on the table, the people in urban societies would fight  and get drunk like it was their jobs, unless they were too poor to have one. Hes points out that these two groups are always fighting and being roudy, and if it continues to happen there will be death. This often happened in London, as everyone was roudy and obnoxious most likely due to their drunkness. *There is no parenthetical citation for this because there is no need to site a website that has Romeo and Juliet on it. It is just a website with the play.
http://www.opensourceshakespeare.org/views/plays/play_view.php?WorkID=romeojuliet&Act=1&Scene=1&Scope=scene&LineHighlight=101#101