When most people think of the time period known as the Elizabethan era in England the name William Shakespeare might come into mind. What most people don't always think of is what people might have ate and what they used as ingredients in their daily diet.

Variety in food in England in the sixteenth century was very limited. Majority of the foods people ate were centered around bread and pottage, which is a thick soup or stew made with a variety of vegetables, grains, and sometimes meat or fish. At midday pottage people might have added bacon jelly or eggs added to their pottage. (Beckman et al.)

Bread was also a major part of life in England. Not only was it eaten at every meal during the day, for example it was often used as a thickener in pottage, but the type of bread someone ate also indicated social class. Special spice breads were only made for funerals or special holidays such as Christmas or Good Friday.


The Assise of Bread 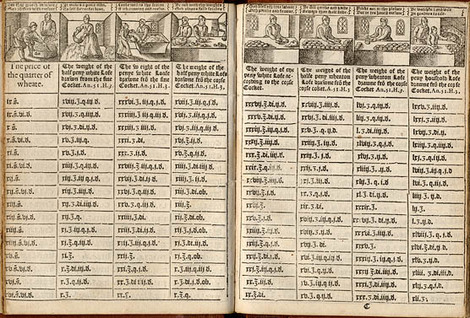 The Assise of Bread, which has been restored from London in 1600, regulated things like the weight and appearance of breads milled from wheat, rye, or barley. It was required by law to keep these records of weight, measurement, and appearance. This primary source can be found in the Folger Shakespeare Library in Washington D.C.