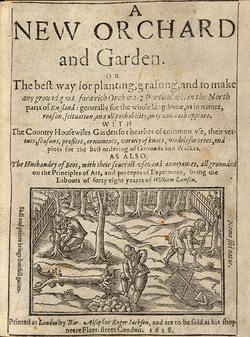 Peasants, the lower class, obviously did not have the culinary luxuries that the higher ranking nobles had. Peasants would be lucky to have one course for a meal, let alone numerous. If lower-class farmers were lucky, they would have bread and cheese with cider for supper. Bread was a main staple in the diet, no matter what class you were associated with.

Breakfast would have been eaten between 5:00-6:00 and was not
considered to be a formal meal.

Dinner, what is now called lunch, was
usually served between 11:00 A.M. and noontime.

Supper would typically be served around 6:00. People like farmers, whose work was never really done, might
eat supper as late as 9:00.

Shown above is peasants working in the fields to obtain the little food they would eat at meals. These meals consisted primarily of bread and vegetables

The wealthy people of England were so financially secure that they were able to
have dozens of options at their mealtimes, ranging from dozens of choices of
meats, to fruits and vegetables, to different artisan breads, and decadent
desserts. Meat was also a staple of the English diet, and that was expressed in
the many options of meat that the wealthy provided for themselves. A single meal
could contain roast beef, veal, venison, turkey, woodcocks, quails, salmon,
shrimp, lobster, boar, pork, chicken, and so forth. 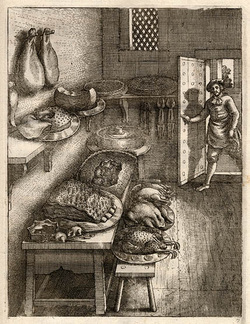